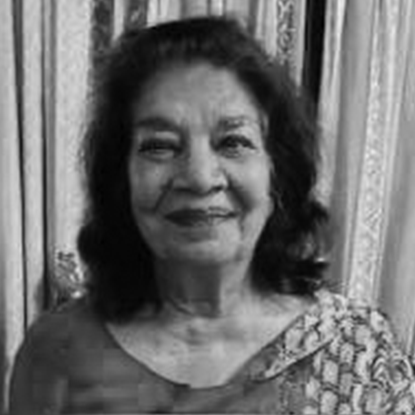 Aruna Vasudev is Founder and now President-Emeritus of the Network for the Promotion of Asia-Pacific Cinema (NETPAC International), Founder-Editor of Cinemaya – The Asian Film Quarterly, Founder-Director of Cinefan, the Cinemaya Festival of Asian Cinema, and Founder-Director of The Inner Path Festival of Buddhist Film Art & Philosophy.  She is an author and film critic with a PhD from the University of Paris. She started out as a filmmaker before turning to writing on cinema.

She is the author of two books on Indian cinema and editor and co-editor of several books on Indian and Asian cinema. She has won a number of awards internationally for her work, including the Star of Italian Solidarity from Italy, the Officer of Arts & Letters from France, Lifetime Achievement awards from film festivals and organisations in Iran, Korea, Sri Lanka, Hawaii, Philippines, India, etc., and has been member, or president, of more than 40 international juries.