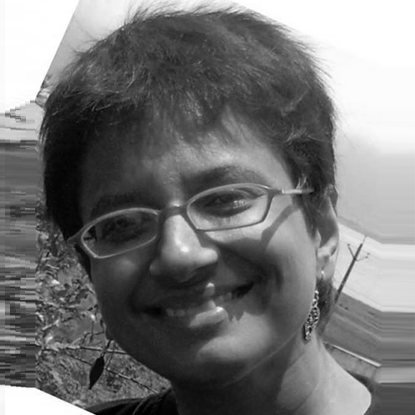 Smriti Nevatia was an assistant on Bharat ki Chhap (Doordarshan, 1989), a 13-part series on history, science and technology, directed by Chandita Mukherjee. Smriti has worked in television, collaborated with Nishtha Jain on several acclaimed documentaries, and curated a wide range of themed film festivals, besides co-curating for IAWRT India’s Asian Women’s Film Festival. She teaches occasionally, works as text editor and translator in Hindi and English, and is co-author of No Outlaws in the Gender Galaxy (Zubaan, 2015).