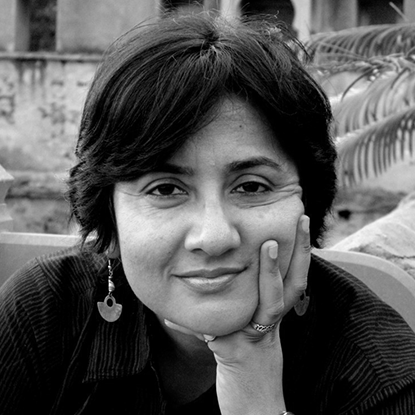 Shikha Jhingan is an Associate Professor at the Department of Cinema Studies, School of Arts and Aesthetics, Jawaharlal Nehru University. Her research work focuses on music and the technologies of sound dispersal across diverse media platforms. Jhingan is a founding member of Media-storm, an independent women’s filmmaking collective formed in Delhi in 1986. Some of her independent documentaries include Health Matters, Living Through Performance and Born to Sing. She also co-directed a 12-part documentary series on Bombay cinema.