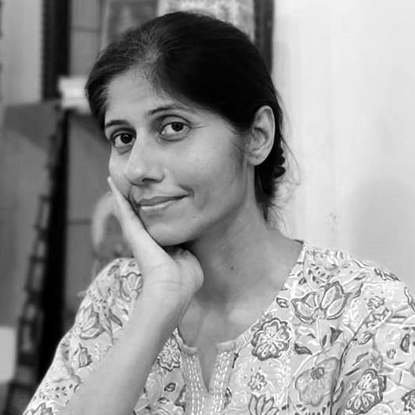 Radhika Khanna teaches in the School of Media and Communication, Pondicherry University and heads the Educational Multimedia Research Centre at Puducherry. She did her MA and PhD in Mass Communication at AJK MCRC, Jamia Millia Islamia and has been a Theatre-in-Education practitioner since 1992. In academia since 2005, she has engaged learners with issues of gender, education and the environment, especially through documentary films and workshops. She is developing a MOOC on Photojournalism for India’s SWAYAM portal and her areas of practice-based research focus on responsive pedagogy through interdisciplinary skills and knowledge drawing on journalism, filmmaking, photography, art, multimedia production and e-learning. One of the Founder Trustees of the IAWRT India Chapter in 2006, she was a trustee till 2011 and also co-organised the First and Second Asian Women’s Film Festival with IAWRT India Chapter at Pondicherry University in 2011 and 2012.