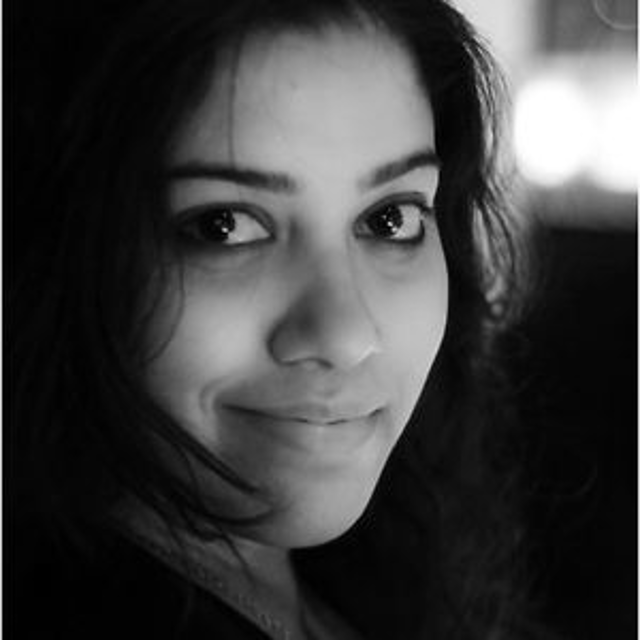 Priya Goswami (b.1988, India) is a national award-winning documentary filmmaker, co-creator, creative head and CEO of an AI-driven app startup, ‘Mumkin: Making Diffcult Conversations Possible’, available on Google Play Store.  In 2015, she co-founded Sahiyo, an international non-profit, which is based in Mumbai, India and Boston in the USA.

She is the recipient of the German Chancellor Fellowship for young leaders by Alexander Von Humboldt Stiftung (Berlin, 2018-19), a time she spent making video installations, learning German and creating pro-choice advocacy with activists from Germany, Ireland and Malta.

Priya’s documentary ‘A Pinch of Skin‘ (’13) won the 60th National Film Award of India and has screened worldwide. Following her documentary, she received the International Association of Women in Radio and Television (IAWRT)  grant for a four-country feature film collaboration called ‘Reflecting Her‘

In 2019, she began to co-create an Artificial Intelligence-driven app, Mumkin. She has also been working on her first feature documentary, ‘Baadi‘ since 2017. ‘Baadi‘ is one of the four non-European projects selected at the European Social Documentary workshop (2017).

She believes in the power of storytelling to create conversations and loves to explore different forms and mediums through her work as a visual storyteller.