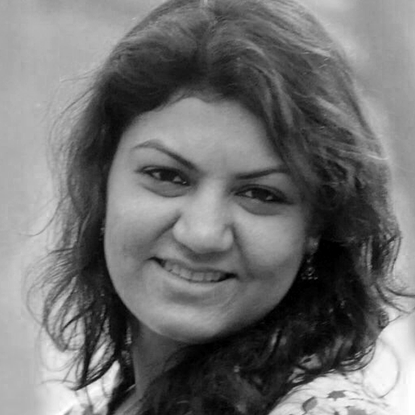 Deepti Khurana is a film academic based in Rohtak, member of faculty at State University of Performing & Visual Arts in Haryana at its film school. Khurana trained at the prestigious Film and Television Institute of India (FTII Pune). She is best known for her film Rizwan, based on Abhishek Majumdar’s play of the same name that has done rounds of several national and international film festivals.

She is an avid writer and has been actively involved with Daydreamer Film Company whilst continuing to inspire young film makers, nourish their visions, helping them achieve their highest potential. Having served as a jury member on several academic films, working with schools in the area of “cinema in education” informs her experience in film academics & training. She takes special interest in conducting filmmaking workshops for young children.