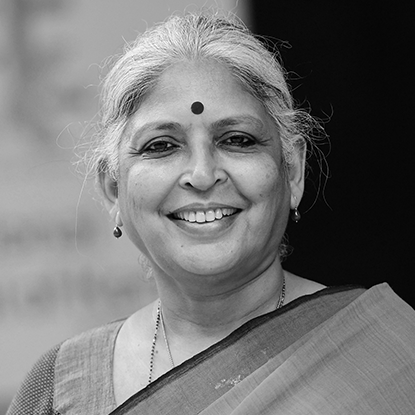 An alumna of the FTII, Pune, Bina has worked as a Film Editor primarily in the Malayalam Film Industry. Editing over 50 Documentary and Feature Films. She has won two National Awards for Editing and numerous State Awards. Bina has also been a Documentary filmmaker and Producer. Her latest Film the “Sound of Silence” has been screened at numerous film festivals. Bina has been the Artistic Director of the International Film Festival of Kerala & International Short & Documentary Film Festival of Kerala where she has been primarily been responsible for programming at both the Festivals. She is currently the Vice Chairperson of the Kerala State Chalachitra Academy.