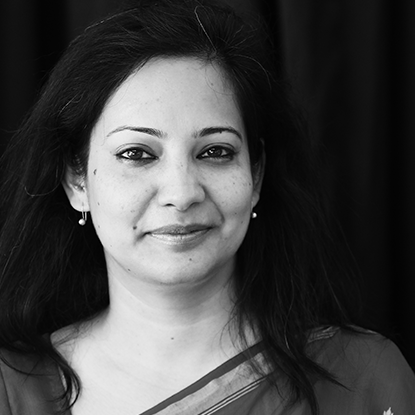 Aparna Sanyal has since 1999 worked extensively on television programming, directed several independent award-winning documentaries, produced and line-produced many international television documentaries for channels like History, NGC, Discovery and BBC, been on juries for festivals, and managed different non-fiction capacity building programs and workshops, such as Dokwok, the Producers’ Lab and the PSBT Film Challenge. She is the co-founder of ‘The Red Door’, a UNCRPD compliant initiative which takes an intersectional approach to Mental Health. She has been elected twice to the Board of the Indian chapter of IAWRT.